The HBF has been actively promoting the consolidation of democracy and human rights, advancing gender equality, and taking action to prevent the destruction of the environment in Southern Africa since 1989. For many organisations and individuals the Foundation has become a reliable funding partner, a space for constructive dialogue and an international network. It also provides analyses of contemporary political events in the region. The Foundations’ work in Southern Africa consists of four programmes: Democracy & Social Justice, Human Rights & Gender Justice, Sustainable Development and International Politics & Dialogue.

The Pandemic Is Deepening the Divide

Interview
The effects of the Covid-19 pandemic and the global economy are dramatic. The virus is shaking all major economies simultaneously. Rescue packages are being adopted, billions are being spent, debts are increasing. An Interview with our President, Barbara Unmüßig, on the latest developments.

It is not only the virus that could kill us

Opinion
The countrywide lockdown is necessary to curb the spread of Covid-19 but, for many, isolating in the home presents a more immediate, and dangerous, threat than falling victim to the disease.
By Claudia Lopes and Natasha Adonis

Stay informed about our work. 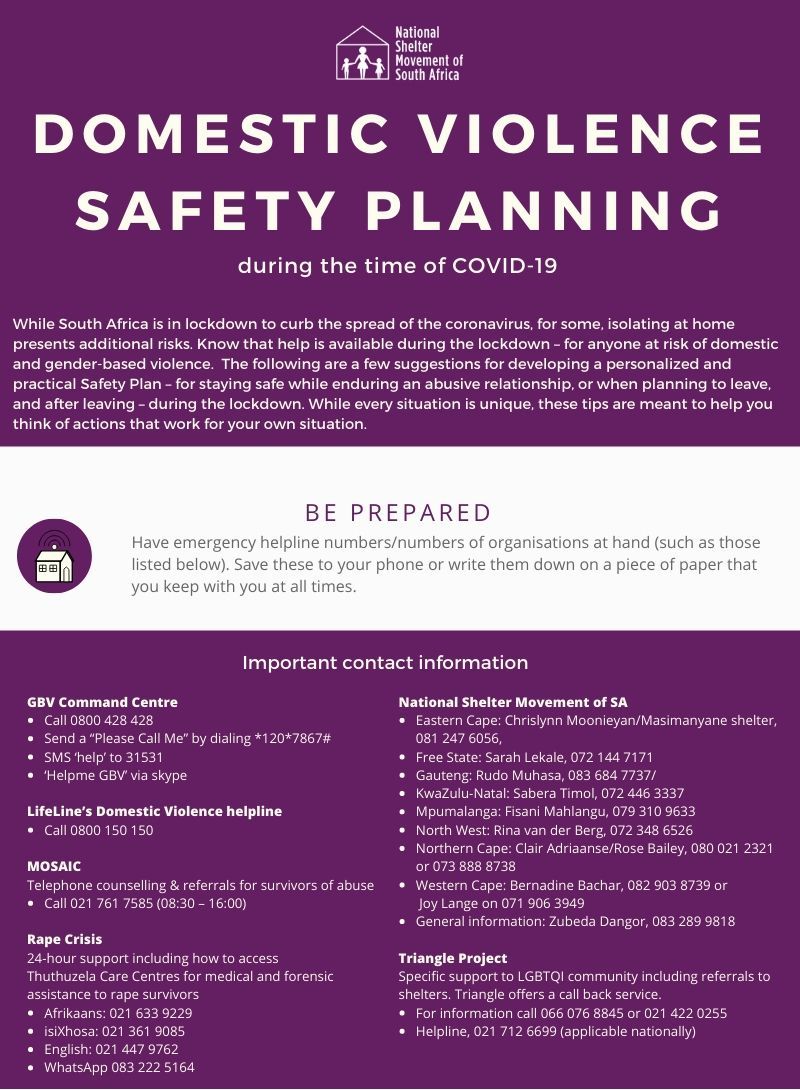 While South Africa is in lockdown to curb the spread of the coronavirus, for those in abusive relationships, isolating at home presents additional risks. Our partner, the National Shelter Movement, has put together some suggestions for those needing to stay safe and seek help during this time. 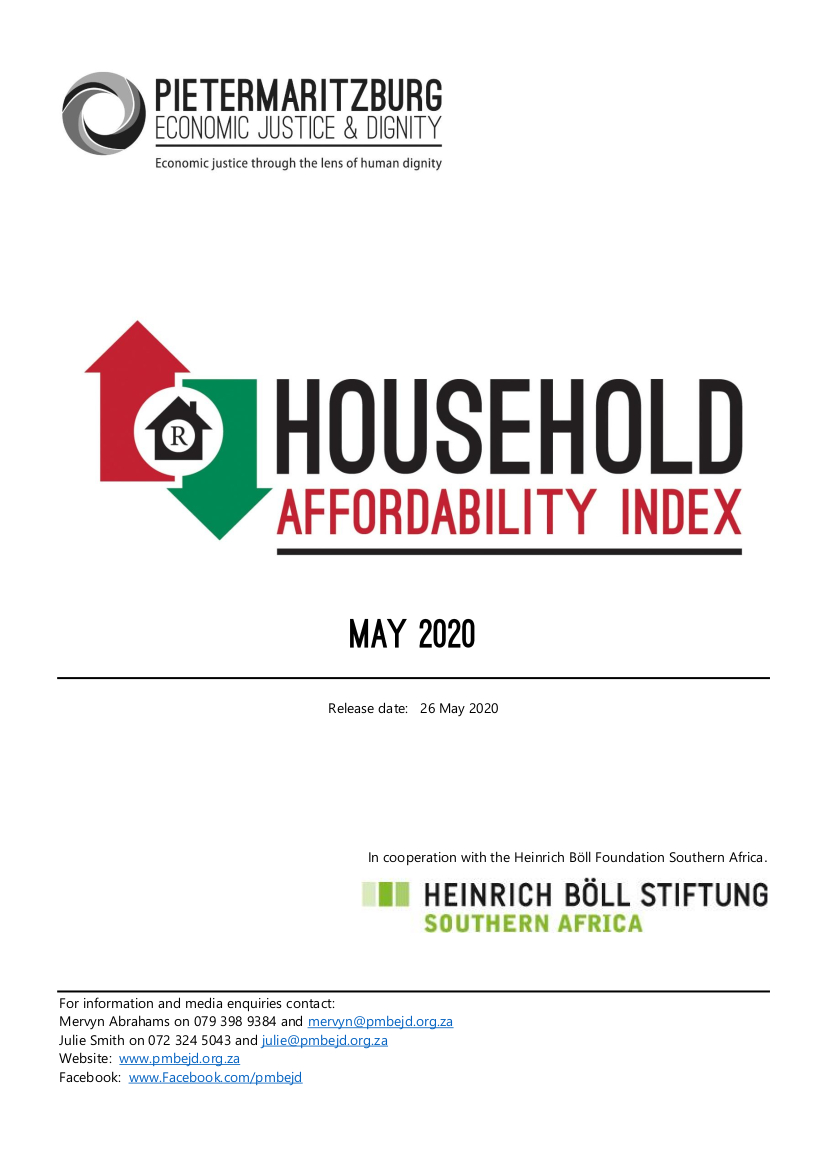 The report is based on food price data in Pietermaritzburg (with comparisons between pre-lockdown March 2020 and May 2020) and conversations with women in queues and in supermarkets. 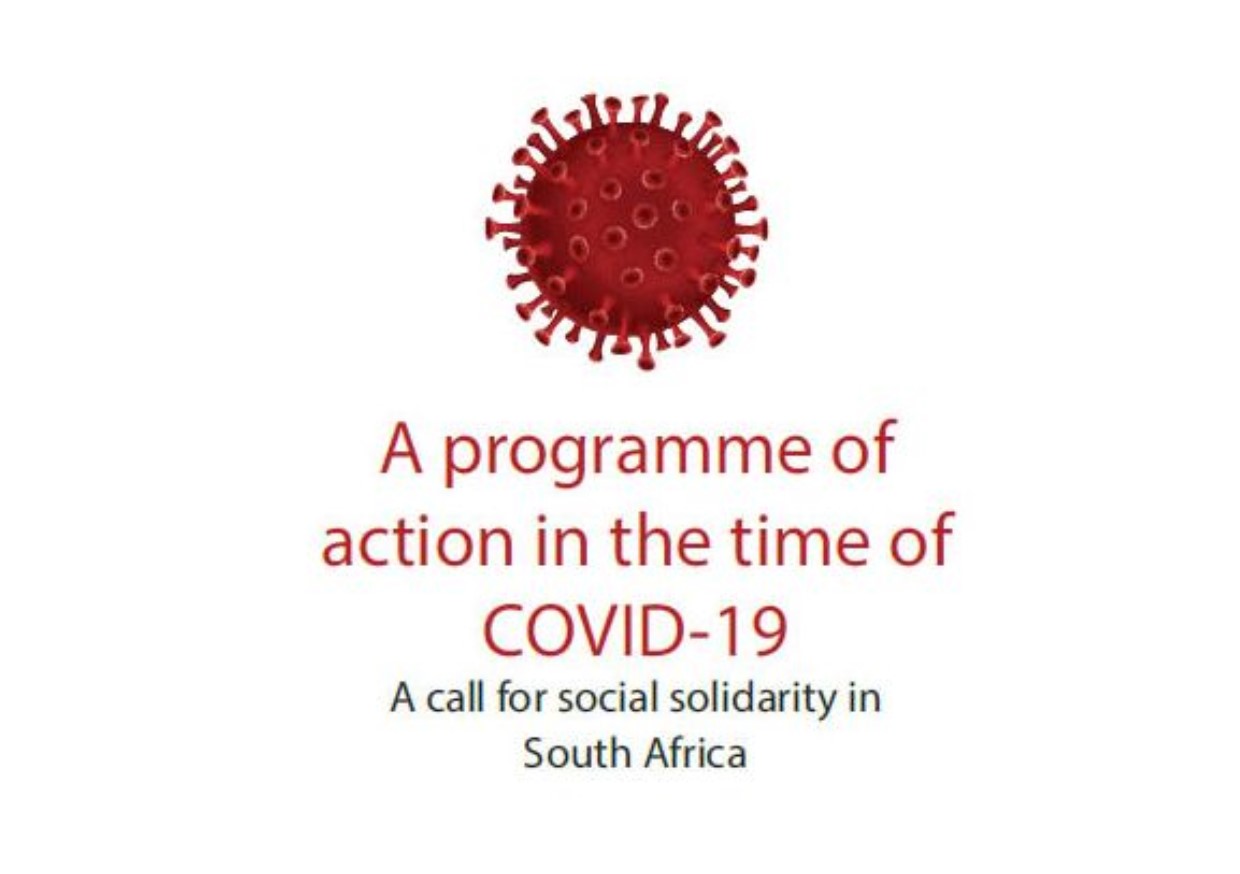 Call for Endorsements: A Programme of Action in time of COVID-19

Organisations are invited to  respond to a call for social solidarity in response to Covid-19. Download the Programme of Action here (one word version, the other mobile) and send comments/endorsements to kelly.gillespie.01@gmail.com and mazibuko.jara@tshisimani.org.za.

Violence against women on farms and in farming towns, usually by their partners, is under-reported. Lester Kiewit from Mail &amp; Guardian talks to HBF partners, Ubuntu Rural Women and Youth Movement and Women on Farms, on their work towards changing this national problem.

In March this year a highly controversial piece of legislation was pushed through parliament despite strong opposition to it by many of Heinrich Boell Foundation's partners over the last few years.

Opinion
With only three day notice, South Africa went into full lockdown on the night from 26 to 27 March. What happened in the three days leading up the lockdown is highly impressive. Instead of everyone following the instinct of making provision for themselves, neighbourhood solidarity networks sprang up spontaneously.
By Katrin Seidel

Open Secrets: Unaccountable
Companies with South African links have been allowed to supply Saudi Arabia and its allies with weapons — despite the humanitarian destruction the war in Yemen has wrought.

Robert Gabriel Mugabe: A Lesson of Hope and Despair in Zimbabwe

Opinion
Robert Mugabe, the prime minister and president of Zimbabwe from independence in 1980 until 2017, when he was overthrown in a coup, has passed away at the age of 95. To speak the name “Mugabe” invokes charged political debates characterised by a range of conflicting tensions: hope and despair, demonisation and adulation, contempt and respect, dissent and loyalty. Sometimes these attitudes are interchangeable and overlapping, sometimes they express more fixed polarities. These divisions draw from the violence, fissures and closures that have given rise to Zimbabwe’s post-colonial political spectrum and left painful traces in the political imaginary of Zimbabwean people.
By Brian Raftopoulos

Water is More Precious Than Gas

Multimedia
On Friday 20th September, thousands of South Africans joined the global climate strike to register their objections to the continuing destruction of the planet. Among them was HBF partner the Support Centre for Land Change (SCLC) who are fighting against fracking threats.

With findings that neither the City of Cape Town nor the provincial government considered the full impact of development on the Cape Flats Aquifer in the Philippi Horticultural Area, the Cape High Court has sent two crucial decisions back for a second look.

An Australian firm which planned to mine in the iconic Karoo region of South Africa has been forced to leave after costly delays in the licensing process. Dr Stefan Cramer hopes its exit - combined with the environmental efforts of the new South African government - may enable the Karoo to finally realise its full potential in sustainable agriculture and renewable energies
By Dr Stefan Cramer

Blog
Community protocols are not just documents, they’re a process and innovative processes can create new opportunities.
By Cath Traynor

Analysis
COVID-19 uniquely affects women. Here are many of the ways it does.
By Liane Schalatek

Analysis
Certainly, the number of Africans living in Europe has increased. But, as Asmita Parshotam points out, most African migrants and refugees still move within the region and never leave the continent.
By Asmita Parshotam

Africa and the G20 – Considerations for Building a Meaningful Partnership

If some of the most powerful twenty countries in the world are committed to building cooperation with Africa then the best way to do this is allowing Africans to set the agenda and to be at the table as an equal partner.
By Tasneem Essop