Partner Analysis
The people of the Bushveld around Waterberg used to live peaceful lives in a beautiful area — until Medupi destroyed its ecological and social fabric. The government — with a Japanese firm — plans to build another coal-fired power station in the area, but the community is fighting back.
By Elana Greyling, Earthlife Africa Associate

Analysis
For decades, South Durban's communities have shared their neighbourhood with two of the country’s biggest oil refineries. As some of the estimated 20,000 South Africans killed by air pollution every year, they now must also contend with flooding and storms.
By Shanice Farmin, South Durban Communities Environmental Alliance (SDCEA)

Analysis
Southern Africa is heating at 2°C per century, twice the global average. In the Northern Cape, as elsewhere, Climate change is no longer a future event, but a daily reality. Since 2015, a climate change induced drought has wrought devastating economic, social and political consequences: agriculture is collapsing, and both emerging and commercial farmers are abandoning their farms.
By Delime Cupido and Tristen Taylor

In response to the growing demand for energy security and financial independence in women-led households, HBS together with its partner Sustainable Energy Africa has been providing training on green entrepreneurship to a group of women in George. This evaluation report documents a 5 day training recently  held in George, Western Cape.
By Amanda Luxande 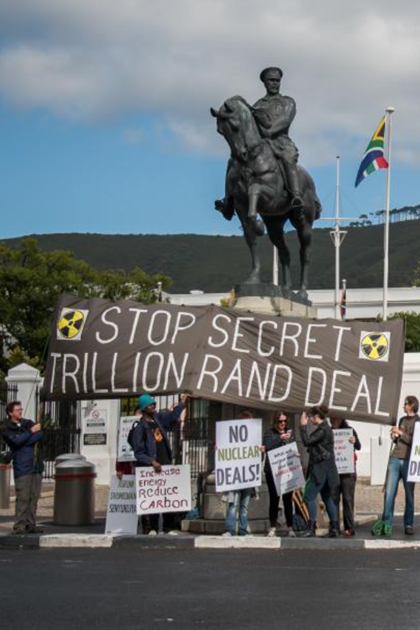 The main purpose of this report is to highlight the different funding models for nuclear power across the globe and to show that no matter what model the SA government chooses, the bottom line is that nuclear is unaffordable, takes too long to build and comes with too many risks.
pdf 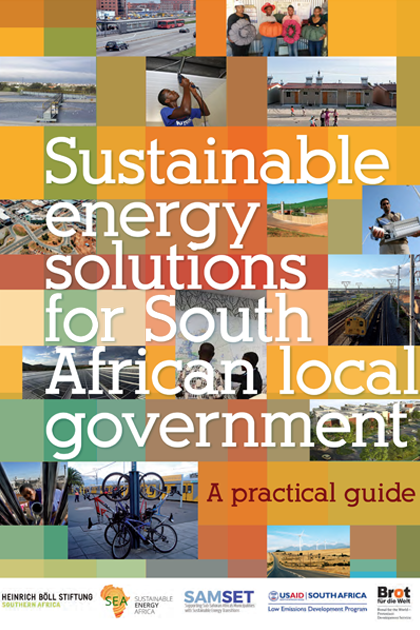 Municipalities need support to build their capacity, to provide them with detailed technical information, and to prioritise from the range of management. This practical guide serves to promote the development of an equitable low carbon, clean energy economy throughout Southern Africa.
pdf

See You in Court: SA Public vs Nuclear

When conventional forms of activism don’t reach the ears of a democratically-elected government, the courts can provide a platform to hold the state accountable. A High Court ruling against the South African government’s efforts to buy in nuclear power is a case in point, writes Leonie Joubert.
By Leonie Joubert 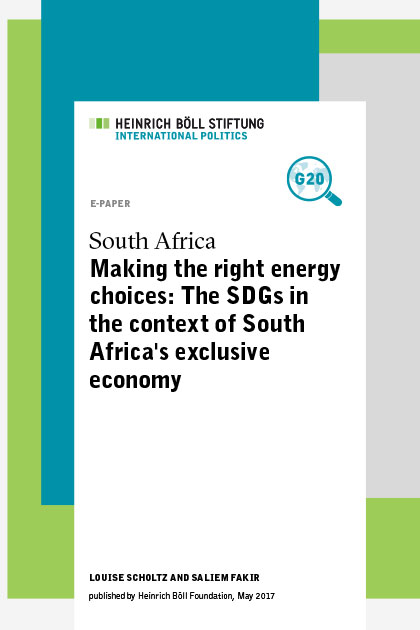 On 25 September 2015, the member states of the United Nations agreed on the 17 Sustainable Development Goals (SDGs) that will be the cornerstone of the Post-2015 Development Agenda[1]. The SDGs are acknowledged as a great achievement that amalgamates the sustainability agenda with the development agenda.[2] The South African government has unreservedly endorsed the SDGs, noting that the triple challenge of poverty, unemployment and inequality that they address is also the primary focus of the country. As such, the SDGs are conceptually aligned to South Africa's National Development Plan.