How Does Eshowe Experience our Democracy Ahead of the Elections?

While most political parties are now focusing on the big cities, what do the elections look like from a rural perspective? My Vote Counts spoke to a resident of Eshowe in KwaZulu Natal to hear from him how the Eshowe community experiences South Africa's democracy, if they feel included at all and what they think about elections.

This is the time for elaborate and well-timed photo-ops. We will be inundated with public engagements often in areas where service delivery protests are most publicised. With such an important elections just days away, political parties are scrambling to try and sway the electorate to vote for them; most notably in and around the big cities. But what about communities living in rural South Africa?

To get a perspective on this, we spoke to a resident of Eshowe in KwaZulu Natal to hear from him how the Eshowe community experiences our democracy, if they feel included at all and what they think about elections.

“I personally know a number of people that won’t be participating in the upcoming election on 8 May. They never went to verify their addresses or register on the weekend of 26 January. People are not going to vote because they have been voting hoping that the government will create employment opportunities. Voting to them is like a waste of time. Many also say that they don’t like the candidates on the ballot papers,” explains Emmanuel Biyela. Emmanuel is the founder and chairman of the Emmanuel Biyela Foundation which aims to transform rural society through education and empowerment.

According to the World Bank, about 19 million people live in rural communities across South Africa. A recent Afrobarometer survey has found that many rural voters favour the ANC with a 59% confidence rating. In contrast, the EFF has a confidence level of 11% whilst the DA lie at 4%. However in the same survey, rural voters were asked who they’d vote for if elections were to be held the next day. 38% said they would vote ANC, 34% would vote DA and 13% would vote EFF.

Emmanuel says that Eshowe residents often have to compete for attention from the ward councillor with neighbouring communities. He says there is no culture of accountability since the channels of communication is non-existent. “In our situation there is no special relationship between the ward councillor (and us) as he hardly comes to the community that elected him. It takes him more than six months to have meetings in the community and I last saw him in June 2018. Even when there is a crisis, he hardly attends to it. Our ward councillor is not from the same community as ours,” he says, adding that he believes that it’s important to know who a community’s ward councillor is as they are the ones that are directly responsible for service delivery. 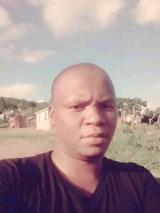 In many urban areas this can also be the case. But a key difference is urban areas have better visibility and are far better resourced than rural areas. Take for example access to communications like internet. The great digital divide is holding back rural communities from being able to hold political representatives to account. For some of us, getting the contact details of our ward councillor or contacting our Members of Parliament is just one click away. Not only do we know about these ways to gain access to lawmakers but we are able to do so at any given time. This is only a dream for those citizens who are in need of the most basic of services. In addition, holding government to account is part of a functioning democracy and when there is no accountability, communities are excluded and pushed out to the sidelines.

In the National Development Plan (NDP) 2030, great emphasis is put on the development of the rural economy. Creating employment in the agriculture sector is a top priority according to the NDP. One million jobs have been earmarked by 2030. Emmanuel agrees that developing agriculture will be a positive step forward but more needs to be done and fast. “People are complaining that they have access to land but the resources are not there to help them cultivate it and plant crops,” he says.

Even though they have access to land, rural communities are immensely under-resourced when it comes to adequate infrastructure. 25 years after the advent of democracy, access to basic services is still lacking. “People are still fetching water from far areas and some share water with cattle and goats. The NDP is another way that they used to grab the attention of voters to vote for the governing party,” he says, adding that he hasn’t seen half of the plans for rural development as envisaged in the NDP. “In urban areas there is everything that you could think of like access to tarred roads, hospitals, malls, government departments, schools with proper infrastructure, government institutions, access to clean water, electricity that doesn’t go out because of the wind or heavy rain, transport and decent jobs.”

They have seen some past campaign promises come to life in the form of RDP houses and some access to clean water. Although this is happening at a snail’s pace. “In and around Eshowe there are still people that need to wait for more than two weeks to get water delivered by water tanks,” he explains. He further says that they collect water from water tanks that deliver twice a week yet it is not enough nor is it always clean.

It is no secret that the country has a sanitation problem as many communities lack the most basic of services. At the end of 2018, 4 000 schools were still using pit latrines across the country with 1 477 of these being in KwaZulu Natal. In the Department of Basic Education’s Norms and Standards for School Infrastructure, it is stated that, “Plain pit and bucket latrines are not allowed at schools”. Yet pit latrines are still a reality leading to preventable illnesses and sometimes death.

MVC maintains that in order to build a more inclusive society, we must be able to hold our leaders to account. If Eshowe residents had a more accessible local government and basic services, they would not be dealing with the issues they’re dealing with at this magnitude. We also need our political representatives to be more visible especially in the most vulnerable areas and this should happen all year round — not just during election time.

My Vote Counts NPC is a non-profit company founded to improve the accountability, transparency and inclusiveness of elections and politics in the Republic of South Africa. We work to ensure that the political and electoral systems are open, fair and accountable to the public and that they remain relevant in the changing South African socio-political context.