In Kenya, the United Nations High Commission for Refugees (UNHCR) is seeking to break new ground. In a clear departure from the humanitarian aid approach of the past, a new initiative aims to promote self-reliance among encamped refugees and local host communities alike. Although supportive of its ideas, Felicity Okoth is quick to identify a number of policy and political obstacles to its implementation.

With a total of 22.5 million refugees, 40.3 million internally displaced people and 2.3 million asylum seekers, the world faces unprecedented levels of mass dislocation,[i] and the situation is likely to worsen. In this crisis, the low- and middle-income countries that receive migrants bear a disproportionate burden. The United Nations’ 2016 New York Declaration for Refugees and Migrants lays out a vision for a world in which refugees can thrive and responsibility is shared on a global scale.

To make its vision a reality, the Declaration proposes a Comprehensive Refugee Response Framework (CRRF) which forms the basis for a Global Compact on Refugees. The CRRF promises better support for countries that host refugees. It also wants to ensure that refugees are integrated into host communities from the start, in order to improve the provision of basic services and livelihood opportunities. In a sharp departure from the traditional humanitarian approach, the CRRF promotes the self-reliance of refugees and host communities alike by building the local economies and creating mutual benefits and empowerment. Kenya, which hosts one of the largest refugee populations in Africa[ii], has embraced the initiative.[iii]

Kenya’s Refugee Affairs Secretariat acts as the focal point for the CRRF rollout in the country. In March 2018, it presented a draft national action plan to implement the 2017 Nairobi Declaration on Somali Refugees as part of a CRRF roadmap.[iv] The roadmap includes, among other things, plans to facilitate the legal status of refugees who have legitimate claims to citizenship and/or residency in Kenya through marriage or parentage. It also pledges to enhance refugees’ self-reliance and inclusion in Kenya. The Kalobeyei Integrated Settlement, established in 2015, is central to ongoing efforts to achieve this objective. As a case study, it offers valuable insights into some practical challenges the framework is likely to face.

The majority of the almost 500,000 refugees and asylum seekers in Kenya originate from Somalia (58.2 percent) and South Sudan (22.9 percent).[v] The average person in both groups has been displaced for 26 years, which highlights the need for durable solutions to a protracted situation. Currently, almost all refugees reside in the Dadaab refugee complex (49 percent) and in Kakuma refugee camp (38 percent).[vi]

Following a continuous influx of refugees from South Sudan after the renewed conflict in that country since December 2013, the United Nations High Commission for Refugees (UNHCR) asked the Kenyan government for additional land to expand the Kakuma refugee camp. The camp had long been congested, hosting a population of about 180,000: two-and-a-half times what it was designed for. In June 2015, the Turkana County government provided a site near Kalobeyei Township, about 40 kilometres northwest of Kakuma. The Kalobeyei Integrated Settlement has since been touted as the sustainable answer to Kenya’s long-term refugee challenges. As in other refugee-hosting countries, this initiative enters a scene of tensions between poor locals, who often suffer drought and hunger, and refugees who receive free food and basic social services. In line with the CRRF, the project aims to promote the self-reliance of both refugees and host communities. Its integrated strategy is to promote social cohesion and economic development by providing both refugees (estimated 60,000 people) and the host community (about 20,000 people) with enhanced service delivery and better livelihood opportunities.[vii]

The Kalobeyei Integrated Social and Economic Development Programme (KISEDP), which was developed in collaboration with the UNHCR and the World Bank, provides the policy framework for improving the socio-economic conditions of the two target groups. Projects within KISEDP range from investments in basic infrastructure to livelihood interventions in the form of agricultural projects. The programme is to be implemented over a 14-year period, from 2016 to 2030.

From Pledges to Implementation

The UNHCR has emphasised the importance of proactive government involvement in refugee management and ownership of KISEDP projects. In recognition of this, the Turkana County government has included refugees in its integrated development plan for 2018–2022. If adopted by the county assembly, this will set an important precedent for the greater inclusion of refugees in Kenya’s development.

Despite this enthusiasm, the programme faces various challenges. One part of this relates to the transition that humanitarian agencies will have to make from the “soap-and-bucket” distribution approach to refugee management to a more sustainable and long-term development approach.[viii] Several factors can make this a difficult turn. Some implementing partners lack the expertise or capacity to work across different forms of aid or to coordinate their activities. Others may specialise in either humanitarian or development aid and thus find it difficult to draw linkages between the two. If donor mandates and assumptions make a clear distinction between humanitarian aid and development aid, their institutional arrangements can present stumbling blocks to a humanitarian development approach.[ix]

A second area of concern is the Kenyans government’s limited capacity to manage refugee populations.[x] For example, it was only in 2015 that the UNCHR handed the process of determining refugee status to Kenya’s Refugee Affairs Secretariat, and this was not accomplished without pitfalls.[xi] There were stalled or suspended processes for registration and refugee-status determination, inconsistencies and delays in implementation and, for refugees going through the processes, burdensome administrative issues coupled with higher travel costs.[xii]

It also took more than five years for Kenya to successfully devolve the responsibility for education and healthcare from the national level to counties. Given this fact, it will likely take a long time for the government to take over the running of schools and hospitals within the Kalobeyei Integrated Settlement. It is wishful thinking to believe that current refugee projects can be handed over any time soon.

The potential of KISEDP agricultural activities to spur the local economy is also constrained by limited availability of water, seeds and equipment. Although refugees can cultivate food in small kitchen gardens, larger-scale cultivation would require considerable research into existing aquifers and investment in irrigation systems.[xiii] The UNHCR and its agencies in the settlement are currently piloting an integrated large-scale farming project, but its sustainability is also in question due to Turkana County’s characteristic low rainfall. Moreover, to avoid conflict with local host communities that largely depend on natural and animal resources, refugees are not allowed to engage in animal husbandry or to cut down trees to sell as firewood. This further narrows their livelihood choices and limits their pursuit of self-reliance.

However, the greatest challenges to the success of the Kalobeyei Integrated Settlement are political. Currently, all asylum seekers and refugees are required to live in their designated refugee camps and may not travel outside the camp without a movement pass. The 2016 Refugee Bill would have undone this encampment policy and provided refugees with the right to work and use land for business and farming. It was passed by parliament but rejected by President Uhuru Kenyatta in 2017, citing a lack of public consultation. Relevant stakeholders, including the UNHCR, the Refugee Consortium of Kenya and the Danish Refugee Council, are currently reworking the Refugee Bill, which will have to be tabled in parliament for debate. Given the current securitization of migration following al-Shabaab terrorist attacks in Kenya, it seems unlikely that a policy allowing for the free movement of refugees will be adopted and implemented.

The inability of refugees to freely move outside the Kalobeyei settlement clearly has negative implications for the implementation of KISEDP projects. In essence, the current policy does not allow refugees to access commercial markets outside the settlement. Thus training recipients will have limited avenues to utilise their acquired skills or to sell their products outside of the settlement.

The success of KISEDP’s self-reliance approach will equally depend on the availability of adequate funding. It may be laudable to encourage refugees to create businesses that will provide them with more resources and reduce their reliance on often-inadequate humanitarian aid, but self-reliance projects require long-term financial commitment, too. The Kenyan government is unlikely to make such a commitment with 42 percent of its population living below the poverty line.[xiv] If the CRRF is to work in the global South, donor countries will again have to provide funding.

KISEDP’s integrated approach to the development of self-reliant refugees and hosts relies on coordination between implementing partners, development partners, local non-governmental organisations and civil society – and above all, on the involvement and goodwill of both local and national governments. Turkana County’s inclusion of refugees in its development plans is a step in the right direction. Another is the national government’s formation of a technical working group to develop the national CRRF framework. It is also commendable that the working group represents multiple stakeholders, including Kenya’s Refugee Affairs Secretariat, the UNHCR, the Regional Durable Solutions Secretariat, the regional Intergovernmental Authority on Development, and the Danish Refugee Council.

The “whole-of-society approach”[xv] is a current buzzword in migration management. It acknowledges the important role that relevant stakeholders – including individuals, families, communities, voluntary associations and, where and as appropriate, the private sector and industry – play in support of national efforts towards the sustainable management of refugees. It helps to ensure that the public has a greater understanding of the importance and the complexity of refugee protection. This understanding can, in turn, broaden support for the political commitments and investments needed to make the CRRF a reality.

While Kenya’s support of the Kalobeyei Integrated Settlement development programme provides a good starting point, its sustainability will depend on the government’s ability and willingness to follow through with actual implementation. Beyond building the capacity of relevant government officials at both national and county levels, it can only be hoped that the government’s broad-based approach will also foster the necessary political momentum to end the current encampment policy and to provide for free movement and greater economic rights of refugees and asylum seekers by enacting the 2016 Refugee Bill. 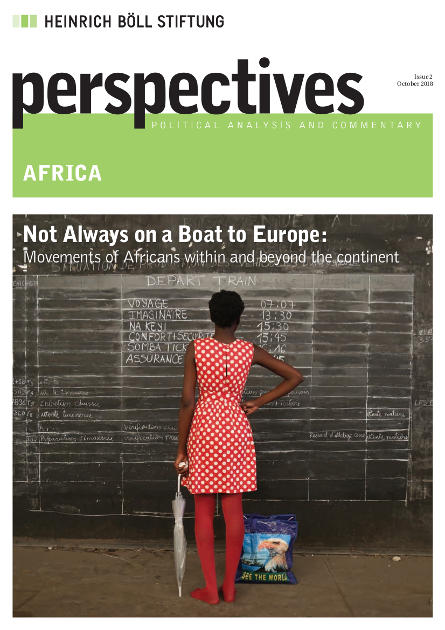 Interview
Queer African migrants who come up against the xenophobic and homophobic attitudes that are prevalent in South African society often experience the same kinds of social and economic marginalisation they had hoped to escape in their home countries.