Opinion
With only three day notice, South Africa went into full lockdown on the night from 26 to 27 March. What happened in the three days leading up the lockdown is highly impressive. Instead of everyone following the instinct of making provision for themselves, neighbourhood solidarity networks sprang up spontaneously.
By Katrin Seidel 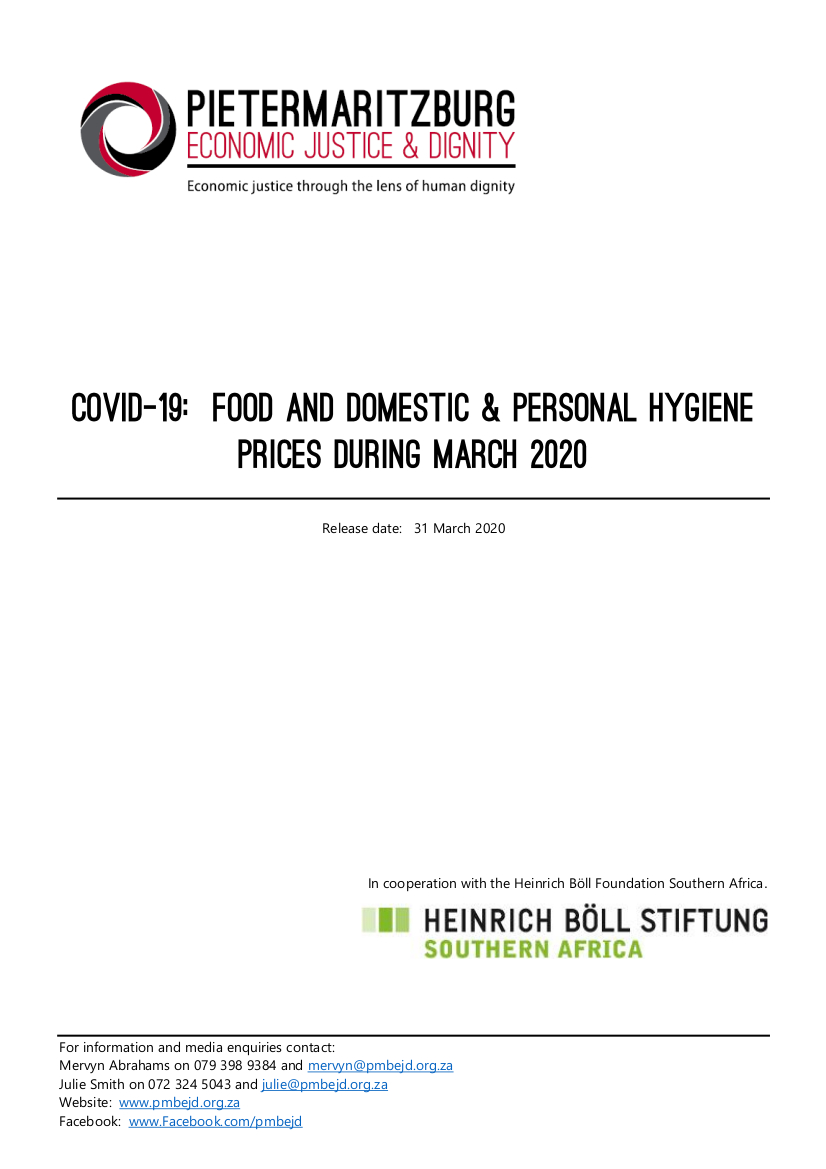 An average increase of 7% on the Household Food Index from March 2019 up to the end of March 2020 is significant.  It is unclear at this stage whether this will come down in the coming weeks.

We need a civic and feminist movement in the country

Interview
The black lesbian human rights activist and activist Funeka Soldaat talks about the situation of the LGBTIQ community in South Africa 25 years after the end of apartheid.

Powerful companies and politicians must be held accountable

Borders Should Not Cause Us to Hate Each Other

People must continue to strive for democracy

Interview
Akpan Hogan Ekpo, Professor of Economics and Public Policy at Uyo University in Nigeria, talks about the state of democracy in South Africa 25 years after the end of apartheid.

Interview
Edgar Pieterse from the African Center for Cities talks about the dynamics of urban development in South Africa, housing policies and public transport, and the measures that need to be taken to reduce unemployment.

Partner Analysis
Using an intersectional feminist framework, the Women and Democracy Initiative (WDI) analysed both the manifestos and track records of the country's three leading parties, alongside that of Women Forward (WF), a small women-led party contesting the elections for the second time. The analysis considers not only what these parties say on issues commonly labeled as ‘women’s', but also applies a feminist lens to the parties approaches to unemployment, wages, land and home ownership, social security, education and health. Grandstanding on gender during elections is the norm, with parties often taking the over-promise and underdeliver route. This analysis can serve as a feminist barometer on how parties act on these promises after elections.
By Women and Democracy Initiative, Dullah Omar Institute