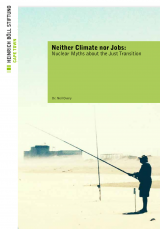 Links between environmental disasters and mental health are increasingly coming into focus as ticking time bombs. It is vital that spatial planning strategies at local government level are adapted with this dual threat to societal welfare in mind.
By Marcela Guerrero Casas

If Climate Change Is Ignored, There May Be No Heritage Left to Celebrate

Heritage Month comes and goes each year, always with much fanfare around celebrating our country’s diverse cultures and history. Yet, many of the government’s proposed energy solutions pose significant risks to human life and the environment, while ignoring customary rights and risking several heritage sites. If not challenged, they will most likely leave communities across the country at a huge disadvantage.
By Thabo Sibeko

Youth Against Climate Change in South Africa: “There is a major lack of representation in the movement”

Interview
Most of food production in Africa is shouldered by small scale farmers and the majority of farmers are women. Alarmed by the effects of climate change on her family’s farm Ayakha Melithafa from South Africa’s Western Cape joined an environmental school club and engages now in a national and an international youth movements for climate justice.
By Imeh Ituen 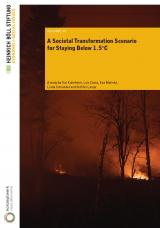 Multimedia
During September, South Africa’s youth infotainment show, Politically Aweh, in partnership with Action 24 – Active Citizens for Responsive Legislatures, launched a video series on the climate crisis in Mzansi. With the recent femicides that shook the nation to xenophobic attacks and an unemployment rate of 29%, it’s understandably challenging for young South Africans to even think about climate change. However, as Goldman Environmental prize winner, activist and HBF partner Makoma Lekalakala points out in the video “You cannot have jobs on a dead planet.”

Analysis
Just a few months ago, two cyclones (Kenneth and Idai) destroyed the homes and livelihoods of hundreds of thousands of people in parts of southern Africa. The cyclones, along with widespread drought, forced desperate people to migrate. But links between migrancy and xenophobia, violence against women and the growing climate crisis across southern Africa and well beyond have been largely neglected.